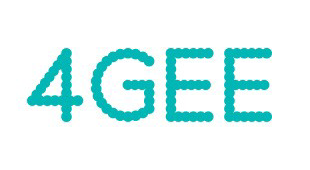 After only five months, alongside extensive development and rapid deployment, the UK’s first 4G network Everything Everywhere (EE) has announced hitting 318,000 customers.

This is a remarkable achievement, especially considering many questioned their pricing strategy would push users away and slow adoption rate.

Yet EE believes the adoption will only grow, with a staggering one million expected by the end of 2013.

As a result of this expansion EE is ensuring its infrastructure stays competitive through consistent investment in the network. Only earlier this month EE doubled the amount of 1800MhZ spectrum used by 4G in order to increase speeds of up to 80Mbps+.

It’s not only speed EE needs to focus on, but also coverage and stability of the network; from a press release EE predicts network traffic to “increase by 750% in next three years alone.”

This push is necessary as an increasing amount of people rely on mobile networks for both personal uses, such as watching streaming videos and multiplayer gaming, to business uses including transferring files, and making HD video calls.

The need to stay ahead of upcoming competition from the likes of Hutchison 3, O2, and Vodafone is a view shared by Chief Executive Officer, Olaf Swantee.

“We are ensuring that the UK remains at the forefront of the digital revolution,” Swantee said, adding: “Having already pioneered 4G here, we’re now advancing the country’s infrastructure again with an even faster, even higher-capacity network, and at no extra cost to our customers.”

But overall, pricing for customers may play an important part, with Three already stating users signed up to their ‘All You Can Eat’ plan will automatically be upgraded from 3G to 4G at release, with no added cost.

Do you think EE has the right infrastructure and strategy in place to stay ahead of upcoming competition in the sector?