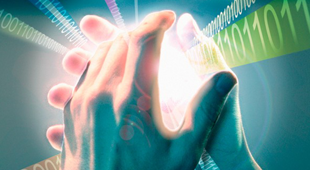 Last month, Neelie Kroes used her MWC 2013 speech to call for a single Telecoms market, which as Vice President of the European Commission for the Digital Agenda holds some amount of weight. So how has the industry reacted?

The final draft proposal was (and still is) to be issued in October; but now a blueprint will also be made available in June by the European Telecoms industry body ETNO for any amendments to be made well-ahead of release.

This blueprint should aid in preventing any objections and thus increase the chance of an all-round approval by operators. When all parties involved are happy with the results, a final proposal is planned to be ready by the European Parliamentary elections in 2014.

Kroes’s main objective is to help bring together the regulatory environment; helping in creating a more consistent implementation of rules.

The only method of achieving this is through pushing for the establishment of a single European regulator to make decisions at a regional level, whilst this should also have some practical implementations, such as a European-wide telephone number to cut out those nasty roaming charges.

Brussels also seems keen; quoting Andrea Renda from a conference on April 17 – a single telecoms market is “the convergence of regulatory approaches and prices.”

Infact, many state it is a requirement to ensure a competitive advantage over non-EU players, a view shared by Marc Lebourges of France Telecom – “today, internet is dominated by US forces, and emerging ones from China, but not by Europe.”

Reuters reported last month that all the major European operators have talked to their governments and support the creation of a single regulator, which is hardly surprising considering Kroes expects a single telecoms market to give Europe a boost of €110 billion a year.

What do you think of a single European telecoms market? Are we ready?