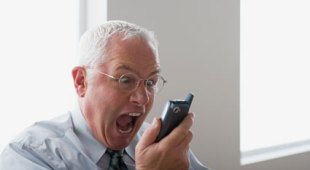 By James Bourne | 25th October 2012 | TechForge Media http://www.cloudcomputing-news.net/
Categories: Government, N America, Wireless,
James is editor in chief of TechForge Media, with a passion for how technologies influence business and several Mobile World Congress events under his belt. James has interviewed a variety of leading figures in his career, from former Mafia boss Michael Franzese, to Steve Wozniak, and Jean Michel Jarre. James can be found tweeting at @James_T_Bourne.

A worrying trend from Canada, where consumer complaints go up 35% year on year: should this make service providers rethink their strategy?

A report from the Canadian Commissioner for Complaints for Telecommunications Services (CCTS) has revealed that, in the North American country, consumer complaints went up 35% in 2012, with wireless services being the biggest bugbear for the fourth year in a row.

10,838 complaints were lodged by the regulator, with 10,678 concluded. 7,221 of the issues derived from wireless services, whilst internet access (2,160) local exchange and VOIP (2,045) coming next in terms of issues raised during the complaints.

However, it is worth noting from the CCTS point of view that the majority of complaints are sorted at the first hurdle – of the 10,678 complaints concluded by CCTS this year, there were only 55 recommendations and 11 official decisions taken by the commissioner – a resolution rate of 90%.

Of the issues consumers were raising in complaints billing was the number one, with just over half of users’ difficulties concerned with billing. The most common complaints related to errors with a customer’s monthly plan, and needing 30 days’ notice to cancel.

According to the regulator, the most frequent types of billing complaints likely to send customers into a spin were:

The report duly notes that not all these problems are the fault of the provider. For instance, the difficulty associated with ‘unlimited’ plan disputes was noted, but more transparency in terms of ‘fair use’ policies was recommended.

What can providers do from here?

Due to the continued increase in complaints for the Canada region, the CCTS has recommended a national code of conduct for service providers.

Back in July, Australia did a similar thing. The Australian Communications and Media Authority (ACMA) wanted to give consumers “materially greater protection” against billing hikes, so slapped down an updated telecommunications consumer protection (TCP) code.

Melbourne-based telco entrepreneur David Werdiger wrote for TelecomsTech at the time that pricing was “still the dark side of the industry”, and summarised that “despite some limitations, the new code goes a long way to helping customers be more informed and better protected from deceptive industry practices”.

This increase in complaints from Canada could spell worrying news for providers and operators worldwide, but what is the solution? Clearer SLAs? Better customer support?