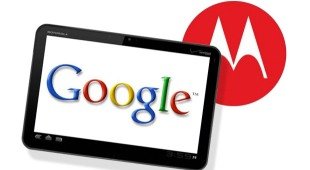 By James Bourne | 23rd May 2012 | TechForge Media http://www.cloudcomputing-news.net/
James is editor in chief of TechForge Media, with a passion for how technologies influence business and several Mobile World Congress events under his belt. James has interviewed a variety of leading figures in his career, from former Mafia boss Michael Franzese, to Steve Wozniak, and Jean Michel Jarre. James can be found tweeting at @James_T_Bourne.

Google hasn’t wasted any time in stamping their mark on the newly-acquired Motorola Mobility, with Motorola CEO Sanjay Jha “stepping down” to be replaced by “long-time Googler” Dennis Woodside.

Woodside had previously been president of Google’s Americas region, as well as overseeing the acquisition of Motorola, and has already set about hiring his own management staff.

Jha will continue to work with Google through the initial transition period.

Google closed out their $12.5 billion takeover deal for Motorola last week, having finally gotten the requisite approval from various regulators.

Chinese authorities approved the deal on the proviso that Android be free to device makers for five years, while the European Commission ruled in February that they believed it unlikely Google would only restrict Android to Motorola devices.

Google CEO Larry Page, in a blog post, praised Jha and saw Woodside in by saying: “I would like to thank [Jha] for his efforts and am tremendously pleased that he will be working to ensure a smooth transition as long-time Googler Dennis Woodside takes over as CEO of Motorola Mobility”.

He added: “Dennis has always been a committed partner to our customers and I know he will be an outstanding leader of Motorola”.

Woodside, in a statement, said: “Our aim is simple: to focus Motorola Mobility’s remarkable talent on fewer, bigger bets, and create wonderful devices that are used by people around the world”.

So Google eventually gets what they want, but is it as amicable as it sounds? Should other Android manufacturers still be worried about the future?