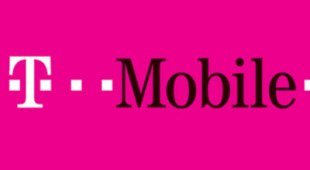 By James Bourne | 17th May 2012 | TechForge Media http://www.cloudcomputing-news.net/
James is editor in chief of TechForge Media, with a passion for how technologies influence business and several Mobile World Congress events under his belt. James has interviewed a variety of leading figures in his career, from former Mafia boss Michael Franzese, to Steve Wozniak, and Jean Michel Jarre. James can be found tweeting at @James_T_Bourne.

T-Mobile USA has announced another round of job cuts with 900 employees leaving the Seattle-based company.

The move comes as the mobile operator reassesses its strategy following a failed $39 billion merger with AT&T last year, claiming that it “will enable us to react with greater speed and effectiveness to customer and market opportunities…that better positions T-Mobile to return to growth.”

T-Mobile is the only one of the ‘big four’ American mobile networks not to carry the iPhone, and arguably the subsequent loss of customers to competitors Verizon Wireless, AT&T and Sprint Nextel could have contributed to this decision.

T-Mobile, a subsidiary of Deutsche Telekom AG, said in a statement that it was “restructuring the organisation and optimising operations so that we can make critical decisions better in response to market and customer demands”.

Approximately 1900 workers were told they were being let go in March as the result of a previous reorganisation. Seven call centres across America were also shut down.

However despite the 900 jobs lost, T-Mobile plans to hire 550 people by the end of the year, with the company encouraging employees who will be laid off to “apply for openings that suit their qualifications”. The majority of the new vacancies will be located in the Puget Sound area.

As a result there will be net 350 job reductions at T-Mobile, which despite being significantly fewer than 900 is still bad news in what has been a depressing year for the company.

A recent study from ACSI, the American Customer Satisfaction Index, placed T-Mobile joint bottom of their wireless providers alongside AT&T in terms of customer expectations and quality.