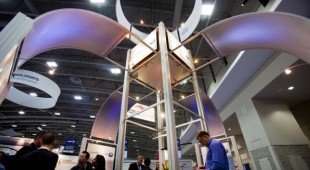 By James Bourne | 16th May 2012 | TechForge Media http://www.cloudcomputing-news.net/
James is editor in chief of TechForge Media, with a passion for how technologies influence business and several Mobile World Congress events under his belt. James has interviewed a variety of leading figures in his career, from former Mafia boss Michael Franzese, to Steve Wozniak, and Jean Michel Jarre. James can be found tweeting at @James_T_Bourne.

The Virginia-based company, whose ambitious pledge is to provide “wireless connectivity to every American” in Falcone’s words, said that the bankruptcy order was “necessary to preserve the value of our business and to ensure continued operations.”

Falcone will remain with the company, despite creditors pleading to the contrary in negotiations. He said in a prepared statement: “Today’s filing was not an option the company embraced quickly or easily, but it was necessary to protect LightSquared against creditors who were looking for a quick profit.”

Falcone’s other major investment, hedge fund Harbinger Capital Partners, which he founded and with whom he is still CEO, is a parent to LightSquared and has contributed $2.9 billion in assets over the years.

Despite having agreed a $9 billion agreement with Sprint Nextel in 2010 and having launched SkyTerra-1, a five ton communications satellite, LightSquared hit a series of disasters which ultimately forced the filing.

The imbroglio intensified by turning political. Falcone, a supporter of Barack Obama, had raised a serious amount of money for Obama’s presidential bid separate from LightSquared.

However, it was alleged that LightSquared lawyers had badgered the White House chief of staff – and rumours spread that this was the reason the Federal Communications Commission (FCC) tentatively approved LightSquared’s satellite LTE, interference misgivings aside.

Despite having attempted to save the situation by pledging to lower its signal, the FCC did not agree and ruled against LightSquared in February noting “there is no practical way to mitigate personal interference at this time”.

With this news, Sprint also withdrew their support to hammer the final nail into the coffin.

The consensus now is that, while things aren’t completely finished for LightSquared their ultimate ambition is now much further away – which adds to their trouble given the mountain they already had to climb.