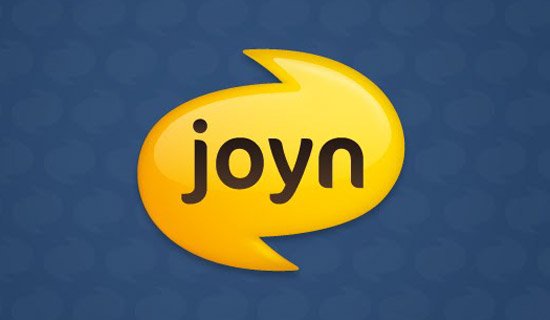 Mobile World Congress in Barcelona this week saw much interest in the rise of instant messaging services like WhatsApp, Pinger, Rim’s BBM and Facebook Messenger; applications that allow users to send messages and media to each other over a data or wifi network.

WhatsApp, a cross platform subscription service that lets users converse in real time, in groups and supporting rich media, is currently serving 2bn messages every day; and its contemporaries are also enjoying a period of significant growth.

However, this success has come at a cost to text messaging, a mainstay revenue generator for mobile operators for the last decade. Having become almost as ubiquitous as voice calling, text is easy to provide and doesn’t chew up a lot of network capacity.

The estimated cost to operators of the market slice these over the top (OTT) services have scythed out highlights how serious a threat they represent; with that slice weighing in at a staggering $14bn last year according to industry analyst Ovum.

Ovum predicts that unless operators are able to take action, the swing will continue against them. Operators must rework their legacy services if they intend to secure their future position in the market, it said.

This will not be news for embattled operators, fighting pressure on several fronts; regulation is biting hard in many areas, while the cost of upgrading networks for 4G increases the squeeze, and all the while OTT players usurp their messaging revenues and their once close relationship with end users. As Google chairman Eric Schmidt said at Mobile World Congress in Barcelona this week, “It’s a tough time to be an operator”.

However, also at Mobile World Congress, which finished on Thursday this week, GSMA, the GSM operators’ association, launched a new Rich Communication Suite (RCS) that it hopes will stem this tide, introducing technology, which it plans to have embedded on new smartphones, and which will allow operators to offer internet-based voice and messaging directly to users.

Joyn, as it is to be known, will be launched this year in France, Germany, Italy and South Korea, and will play to the operator’s key strengths, while addressing some of the main weaknesses of OTT messaging apps. Proponents of the Joyn initiative say it will offer text-messaging style interoperability, whereas users of messaging apps can only communicate with those using the same app.

The proof of the pudding will be in consumer up-take of Joyn, integrating the technology directly into smartphones also means that, if done correctly, the user experience can be made synchronous with the base level contact book function on users’ handsets, rather than operating from within an app.

As well as support from the most of the world’s major operators, the Joyn has garnered support from a range of device and equipment vendors, including HTC, Huawei, LG, Nokia, RIM, Samsung, Sony and ZTE.

“Since Rich Communications will be fully integrated in devices, there is no need for our customers to download or install anything,” said Rene Obermann, chief executive of Germany’s Deutsche Telekom AG. “Ease of use is thus ensured and it will just work. We are looking forward to offer new services like text chat, file and live video sharing during a call to our customers soon.”

While it still has a lot to prove, Joyn looks to have given operators a fighting chance of regaining control of the messaging market. Though with little information on how Joyn will be charged, or even how much it will cost, some industry commentators question whether the initiative can usher in the type of speedy turnaround that operators require.

While the service is already available in beta to a limited number of Vodafone users in Spain, the software on new handsets will take time to proliferate. GSMA realises it will have to release Joyn as an app while it waits for this to happen, and has already made a trial Android version available.

In the meantime, agile OTT players like WhatsApp and Pinger will surely grow and develop their services at the same breakneck pace we’ve already seen; the competition for innovation is fierce and Joyn faces an uphill battle.

“Operators must remain open to partnering with app developers, sharing end-user data with them and allowing integration with the user’s social connections,” said Neha Dharia, consumer analyst at Ovum.

“The most important factor, however, will be co-operation between telcos,” she added. They are no longer competing merely among themselves, but must work together to face the challenge from the major internet players,”