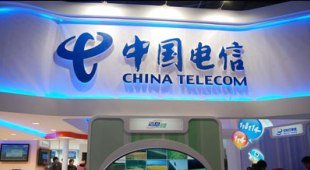 By James Bourne | 19th June 2012 | TechForge Media http://www.cloudcomputing-news.net/
James is editor in chief of TechForge Media, with a passion for how technologies influence business and several Mobile World Congress events under his belt. James has interviewed a variety of leading figures in his career, from former Mafia boss Michael Franzese, to Steve Wozniak, and Jean Michel Jarre. James can be found tweeting at @James_T_Bourne.

The Ubitus GameCloud will render processing-heavy games on the cloud into streaming videos, and will be compatible with connected TVs and set-top boxes enabling users to play games without the need for a console.

GameCloud is expected to be rolled out on October 1, with connected TVs expected to be in 53 million households by the end of 2013. However, this cloud gaming service should only be available to China Telecom home broadband subscribers.

Due to local regulations, standard games consoles such as the Xbox are technically illegal in China so there is certainly a gap in the market for this development outside of imports.

This may also benefit foreign game publishers, who are also prohibited from introducing their products in the Chinese market because of the regulations.

Wesley Kuo, CEO of Ubitus, said of the collaboration: “China is one of the biggest and fastest growing economies and gaming markets in the world.

“With our cost-effective cloud solution, time-to-market strategy and proven commercialisation records with other tier one carriers, Ubitus will be the first commercial cloud gaming solution for China connected TV market”, he added.

Eager gamers saw the debut of the cloud gaming service at China Telecom’s Tianyi (E-surfing) 3G Handset Fair earlier this week with three key players in the smart TV industry, Skyworth, KONKA and LG, brought in to demonstrate the service.

How do you think this development will play out? Do you think a cloud gaming service on connected TVs is viable?