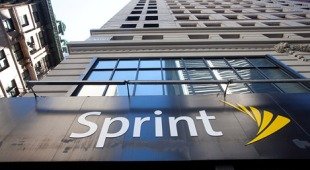 By James Bourne | 17th July 2012 | TechForge Media http://www.cloudcomputing-news.net/
James is editor in chief of TechForge Media, with a passion for how technologies influence business and several Mobile World Congress events under his belt. James has interviewed a variety of leading figures in his career, from former Mafia boss Michael Franzese, to Steve Wozniak, and Jean Michel Jarre. James can be found tweeting at @James_T_Bourne.

The American telecoms carrier Sprint Nextel has announced a rolling out of their 4G long-term evolution (LTE) network in the US.

Sprint, one of the ‘big four’ American long distance providers, has launched their 4G network in 15 American cities, mainly in Georgia and Texas with plans to bring out additional 4G LTE markets later this year.

Long term evolution is a prevalent trend. There has been plenty of pressure on handset manufacturers to bring out LTE-equipped devices with the rise of the long-term evolution network. Any handset hitting the market would have to be LTE ready, including the delayed BlackBerry 10 and the long-awaited iPhone 5.

Sprint appears to have the edge on T-Mobile USA, a subsidiary of Deutsche Telekom, who is expected to bring out their LTE network across America next year.

Yet they still lag behind their two other main rivals, AT&T and Verizon Wireless.

Recently AT&T announced an expansion in their US LTE footprint, with their online newsroom a hub of activity at the eight new networks rolled out.

Similarly, last month Verizon expanded their LTE network to 304 markets – or to around 200 million Americans. To compare, AT&T’s network hits 80m users. Sprint clearly isn’t at that level yet, but they claim that by the end of 2013 they will hope to reach 250m people.

What do you think? Will this development give Sprint the chance to claw back custom against their bigger competition of AT&T and Verizon Wireless? Does this consolidate the US market in terms of LTE development?

Find out more about LTE development and what it means for telcos at Telecoms Tech World on 4-5 June in London.