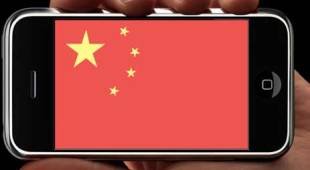 Within a year, people in China could apply for fiber-to-the-home service from China Mobile.

No, this is not a typo. Reports say the largest wireless operator is within arm’s reach to receive a broadband license and is quietly gearing up construction of optical transport networks and access networks.

In late 2011, speculation began to circulate that the Ministry of Industry and Information Technology (MIIT) was reassessing the notion of “full-service” operator as a means to break through the stagnant broadband market.

Currently China Telecom and China Unicom control 85% of the country’s broadband access and revenue. The rest is shared by the so-called broadband wholesalers, most of whom have regional coverage and cable TV operators.

The current stalemate is a product of a policy by MIIT in 2009 (Regulation No. 686) which limited China Mobile to wireless (including wireless broadband such as 3G and WiFi), with broadband service only being offered by Tietong, a fixed-line service operator China Mobile had acquired a year earlier.

“686” expired in 2011 and MIIT did not renew it, nor make any follow-up measures or amendments. Instead, the agency conducted an internal review of market conditions and services.

According to the review, China Mobile’s lacklustre growth in 3G, mounting complaints about broadband monopoly by China Telecom (in South China) and China Unicom (in the north), and appeals by local operators to relax entry restrictions, among others, prompted the government to end “686”.

China Mobile’s revenue is three times of China Telecom and China Unicom combined, but its dominance has waned over the last two years with 3G as a particular drag. Growth of GSM is slowing while the future of time-division long-term evolution (TD-LTE) remains unclear.

China Mobile has several things on the go including construction of China’s largest public WiFi network, mobile payment, and a revenue-sharing model with Internet TV operator CNTV, but none of them has had material success.

Instead of waiting for a broadband right, China Mobile has made its moves. In 2010, China Mobile ran two rounds of passive optical network equipment tenders for about 3 million lines.

While the quantity is still small compared to 15m lines by China Unicom and 19m lines by China Telecom, the unprecedented purchase was a clear indication it wants to take a position in the lucrative FTTH market. Since then, China Mobile has accelerated pace in FTTH equipment purchase to 8 million lines in 2011 and orders jumped another 40% so far in 2012.

The rally was joined by China Unicom with similar goals and the government soon followed, giving it national priority. While urban residents will benefit with 20-100Mbps down to their homes, operators stand to reap billions in new revenue given a large broadband population.

Xi Guohua, chairman of China Mobile, urged the government to end “asymmetrical” policy against China Mobile by granting a “full service” license. His words stirred up strong objections from China Telecom and China Unicom afraid of an unruly price war.

But the government wants to push for change. An internal source at MIIT said in June that the agency “basically” agreed to lift broadband access ban for China Mobile. The only issue would be an “appropriate” time to make it public.

While bureaucrats are trying to work on the logistics, price war is already underway. In Shanghai, for example, China Mobile has begun selling its broadband service with price matching China Telecom’s offers.

Why is the government still holding off the license that can boost the market? The main concern seems to be back-fire of China Mobile becoming a dominant player which, in my opinion, is unlikely to happen given how deeply entrenched China Telecom and Unicom are in broadband infrastructure.

Nonetheless, as a policy maker, MIIT needs to create some “countermeasures” to balance the market once China Mobile roars in.

China Mobile will face other issues if it becomes a broadband operator. The operator will face a market where China Telecom and China Unicom together have 65m households covered (passed) with optical cable by mid 2012 and the number is rising by the day.

It is almost an unwinnable race for China Mobile, and most analysts say the operator may better off find a niche market such as large business users instead of residents.

Another approach which China Mobile has already deployed is combining fixed broadband trunks from Tietong and high-speed wireless access such as WiFi hotspots. Yet it may not be able to support a large number of customers nor high-volume traffic, and there is always the concern for security and performance during traffic peak. After all, it is largely a wireless access not FTTH.

China Mobile has also plugged in cable TV networks for broadband service, but it may not be a viable business model, and there are simply too many unresolved issues in technology and revenue sharing.

Is FTTH a game changer for China Mobile? Probably not, according to Xi who was a former top regulator at MIIT and a major hand behind regulation “686”.

In a recent interview, Xi played down a broadband license for China Mobile because it is already offering the service through Tietong. Even with a license, the operator will still be “selective” about broadband entry rather than a full-blown engagement.

Xi also assured rivals that China Mobile will not start a price war. “Mobile services generate rich returns for us while fixed service is rather thin, so it is impossible to make a plunge with a “vicious price war”, he said.

So what will China Mobile do after a license? They have to target areas according to Xi: regional transmission networks for data traffic among mobile BTSs; Internet infrastructure to reduce reliance on rival’s networks and generate new revenue; high-speed connectivity for “high-end” business customers.