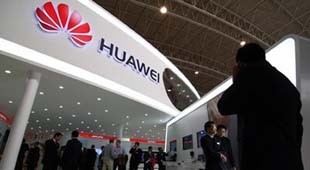 In the latest effort to spur growth in the sluggish equipment market, Huawei has unveiled what it claims is the slimmest smartphone at CES 2012 this week. Ascend P1 S features 6.68mm in depth and 4.3-in capacitive screen.

The smartphone runs 1.5GHz dual-core CPU and new Android 4.0. Huawei plans to sell Ascend in North America, Europe and Asia-Pacific in April at an estimated retail price of $400 (possibly lower for operator subsidies or service plans). The company hopes the new lineup will amp up smartphone sales which have been trailing in its most coveted market.

Huawei started as a PSTN equipment maker. As demand for large frames sputtered amid economic woes, the company is trying to expand its product lines. In 2004, it turned to handset, then tablets, mainly for business users. However, it has been struggling with customer sentiment both at home and abroad. We expect Huawei to introduce more smartphones during 2012 in various flavors to appeal to different segments, but its core strategy is to focus on the low-cost models.

It sounds shrewd in a market full of behemoths, but it has not yet catapulted Huawei in the ranks of major players. In the US, for example, more than half of Huawei handsets are sold to low-income consumers, who make up less than a quarter of potential smartphone buyers, which may explain why Huawei smartphone has not found its “root” yet.

By Q3 2011, Huawei’s share in the global handset market was a meager 2.4%. Although the company says it shipped about 90 million handsets, it was only in the ninth place as the world’s attention shifted to smartphones.

In its own right though, Huawei did well in 2011 as unconfirmed reports showed revenue from terminal sales topping $6.7 billion, up 15% from a year ago. Total shipment was 150 million units, up 25% including handsets, USB modems and gateways. The firm has vowed to become one of the top three handset makers by 2015. Not impossible, but it could be a tough ride.

Huawei’s revenue for 2010 was about $28.2 billion, up 24%. Over two thirds of this was made outside China, a sign the company is increasingly dependent on overseas sales for growth.

Around 17% of this revenue came from terminal products, and we expect the ratio will rise steadily, especially smartphones and, to a less degree, tablets. Huawei is expected to report 2011 performance in March, but the company CFO warns revenue may rise only 10%, considered poor per Huawei’s past performance.

In the US, besides fierce competition and lack of name recognition in the smartphone space, the deadlock from security concerns will continue to hinder Huawei’s attempt to enter the largest equipment market. In 2010, Huawei revealed $772 million in revenue from the US, less than 5% of its international sales.

It is not clear how the lingering economic conditions will affect Huawei in 2012. A senior executive recently downplayed the economic factor on 2011 results but admitted the company is “extremely nervous” whenever dramatic events broke out in countries where Huawei products are being sold.

To reduce vulnerability, the company is branching out product lines from traditional telco gears. So far, the strategy is working in its favor in handsets, enterprise networks and services (software and solutions) where growth is much faster than the telco sector. We expect Huawei to continue in this direction but the outcome may not be as clear-cut.

Huawei’s rapid rise in the past was largely due to its unwavering focus on core business and great caution when stepping in uncharted waters; Huawei’s doctrine instilled by its godfather figure Ren Zhengfei.

However, as the company grows, so does its ambition. In recent years, Huawei has created two large groups for enterprise products and terminals and its labor force has bloated by 30,000. In recent months, Huawei began to chant “great leap forward”, aimed at surpassing Cisco and Google by revenue.

To be fair, Huawei has to diversify its business to maintain growth after being shut out from the lucrative US market, but it has sailed into an open sea with unfamiliar tidal waves and storms.