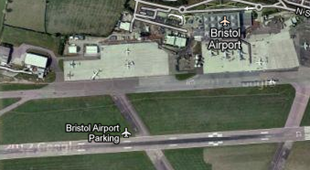 The new Google Maps app was made available in the App Store today, and immediately shot to number one in the download rankings, following a comedy of bungles that has seriously dented the Apple brand.

“People around the world have been asking for Google Maps on iPhone,” announced Google Maps for mobile director Daniel Graf. “Starting today, we’re pleased to announce that Google Maps is here—rolling out across the world.”

This immediate popularity might provide some indication of the pent-up demand for accurate mapping among iPhone users, and comes just months after the iOS 6 software update stopped Google providing the core mapping functionality on its devices, ultimately depriving them of a reliable mapping app.

The Apple’s mapping replacement, as has been well documented, lacked the finesse many had come to expect from Cupertino, creating fictional airports and stations, mislabelling landmarks and relocating entire towns. The service has been widely derided, and Apple, which doesn’t accept map corrections from users, has been slow to improve things.

Just this week, Australian authorities near Victoria had to warn motorists not to rely on the app. Local police found that the service pinpointed the town of Mildura as being right in the middle of the Murray Sunset National park, roughly 70km from the actual town, at a location with no water supply and temperatures regularly in excess of 115 degrees F.

“We make tens of thousands of daily updates to keep Google Maps accurate and comprehensive,” wrote Google’s Graf in his blog yesterday. “Here’s a helpful hint for the new app: if you see something off, simply shake your phone to send us feedback.”

The criticism launched in Apple’s direction over its maps debacle led to a public apology from still fresh in the job CEO Tim Cook, and precipitated his first substantial change to the company’s executive team, showing the door to head of the iOS 6 software team, Scott Forstall.

In contrast to the launch of Apple Maps, praise has already been heaped on the new Google Maps app, which provides public transport information, street-level images of local neighbourhoods and generally accurate business search results, features missing from Apple Maps.

Google Maps came inbuilt in Apple devices until the iOS 6 update this year, when reported disagreements over the provision of specific functionality available on the Android service meant the license was not renewed.

The reason given at the time centred on the provision of turn-by-turn navigation and compressed ‘vector’ maps that provide mapping without a data connection; two features now included in the new Google app.

The increasing friction between the two companies as they both compete for dominance in the mobile space is also thought to have played a role.

Despite this, the new Google Maps app, it appears, was sped through Apple’s notoriously ponderous approval process, with Apple’s climb down and the immediate popularity of the app bearing a healthy indicator of the pivotal role navigation now plays in the smartphone space.