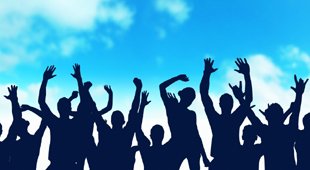 Global mobile broadband traffic grew by 83% in the second half of the year with a CAGR of 234% during 2011, according to an Allot Mobile Trends report. Telcos are struggling to sustain the investment in mobile-data networks, only to see other web companies reaping the rewards for it.

With their revenues from traditional channels such as voice calls and text messages falling they have set on a road to find ways to get extra revenues from the use of data. So what are their options and what are the implications on customer experience and loyalty?

Put a limit on data plans

AT&T, USA’s second largest wireless carrier, recently joined the group of telcos who put a tap on data usage. Prior to this move the carrier was slowing down the speed of the top 5% of mobile data users. That policy itself was seen by many to be a) unclear as customers couldn’t know if they are in the top 5% or not and b) unfair as customers argued they’d signed up for an unlimited plan and were not getting it.

With the new data plans AT&T will charge $20 for 300MB, $30 for 3GB and $50 for 5GB. While at the moment few people exceed the 3GB limit, this is bound to change as wireless technology and devices get faster and people get more accustomed to watching videos on YouTube, movies on Netflix and even listening to radio on their smartphones and tablets.

However, limiting the data plans may result in customers walking out the door. Just like the Telcos, banks in the USA also found themselves in a position with falling revenues at a time of low interest rates, slow economic growth and new rules limiting many types of service charges.

Bank of America, USA’s second largest bank by assets seemed to be pressing ahead to charge certain customers using their debit card a fee for what used to be free service before. However as other major banks such as JP Morgan Chase and Wells Fargo dropped their similar plans and customers threatened to “vote with their feet”, the bank had to drop their plan as well.

The lesson from the banks’ gamble was that charging a new fee for service that was previously free will annoy customers and if others don’t follow the market leader there is a high risk of losing many customers.

In AT&T’s case competitors such as Verizon Wireless, the USA’s largest carrier and T-Mobile also sell plans that limit the amount of high-speed mobile data per month. This opens an opportunity for Sprint, who doesn’t have a cap on data usage and is also trying to improve its image for customer service.

A poll by Wall Street Journal suggests that more than 63% of AT&Ts customers say they will be more likely to switch to a competitor if the carrier caps their data usage.

In the UK limited plans are a common practice and the cap is usually at much lower level (e.g. 750MB). However, recently some telecom marketers started to focus on promoting unlimited plans, trying to capitalise on the negative publicity in this area.

If this is the option Telcos choose then customer experience will become even more important to retain the loyalty. Of particular importance will be the timely messages to let customers know that they are approaching their data limits. I have 25MB per day free data roaming but in each of the cases that I got a message informing me that I was approaching my data limit, I had already passed it, accumulating huge roaming costs.

As data speed and usage are so fast, telcos could consider optimising the way they send messages as well as scrapping charges if customers have gone just slightly overboard (e.g. 5-10MB). We once had a client who sent notifications to customers because they owed $0.01. If there is one thing people hate it’s the robot approach.

If you move from unlimited plans to limited, and given that mobile data usage increased 8.5 times in 2010, chances are that this will significantly increase the calls to your call centre as the number of disputes from customers also increases. Therefore engaged employees will be essential to make customers feel that the company actually cares about their custom.

From a customer experience perspective this will be a much better option as it will give them an option to pay extra for the extra speed rather than having their data usage limited or having to pay more for what they currently get. Moreover customers are already used to having different broadband speed options given by their home and office broadband provider, so for them this will be like the next upgrade to the “latest and greatest” on the market.

A recent WSJ article reviewed how more and more Telcos, particularly in Europe are looking to slice the web traffic.  For example Orange, one of Europe’s biggest carriers introduced a plan in France that allowed $14 unlimited data usage, but only browsing Facebook and Twitter. Turkcell, the leading Turkish telecom, charges customers a flat fee to access Facebook, but not competing Turkish social networks. Polish wireless provider Play offered free access to a handful of sites including Facebook but charged for the rest of the web.

Such an option might be particularly good for pay as you go customers who look for more budget options. But again these options result in a lot of data usage disputes and drive contact centre calls.

This option also draws criticism from activist groups and competitor sites as the free and open web ideal is dismantled while at the same time some competitive websites are put in a less competitive position.

Telcos pursuing this option need a careful consideration of segmentation and research into their users’ internet usage habits. Also our experience in such cases show that often marketing see these “slices” as objects to be traded and there is a danger that people within the company see the key to retention as giving customers more slices (e.g. we’ll also give you access to Twitter and Skype for free in addition to Facebook if you stay with us) rather than the holistic customer experience.

As people become more and more reliant on their mobile devices for their day to day activities the role of the telecom providers will become even more important. Telcos however are struggling to pay the costs for extra data-network bandwidth and are looking for ways to charge the costs back to customers.

Finding the right balance however will be tricky and the intensified battle in the field will make the customer experience even more important in order to maintain loyalty and differentiate not just on the base of what “slices of the web” they offer.