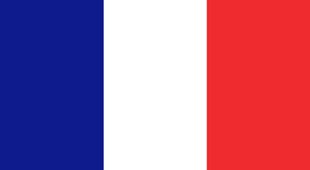 All four of the main French mobile operators have been awarded licenses for blocks of fourth-generation mobile frequencies following the first round of auctions that have set a high bar for the industry, with bids totalling €936m ($1.28bn).

The auction has been hailed as a success by the French government, which had set a reserve price of €700m. The two highest bids were put in by France Telecom and Iliad, which both promised to also host virtual mobile operators (MVNOs) on their networks.

MVNOs buy data traffic on other operators’ networks, like Virgin Mobile, and are seen by regulators as having a positive effect on market competition. SFR, the country’s second largest operator, also secured a 15MHz holding by only offering €150m with no MVNO support. Bouygues Telecom, France’s third biggest operator, bid €228m in exchange for a 15 MHz block and agreed to host MVNOs.

The LTE spectrum mobile frequencies sold in this first round of bidding were in the 2.6 GHz band, and of lower quality than those set to be sold in a second round later this year. In December the so called ‘golden frequencies’ will be auctioned, covering the 800MHz band, which allows mobile signals to travel longer distances without losing strength.

Before the recent bidding, smaller operators Iliad and Bouygues had pressed the French government  for lower prices and special protections to prevent larger firms like France Telecom and SFR from dominating the proceedings.

Similar auctions are taking place in other European countries including the UK, Spain, Italy and Germany, though to date the French bidding has proved the most lucrative.

Find out more at the LTE Conference as part of Telecoms Tech World on 4-5 June.