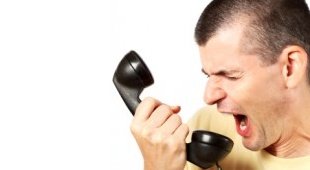 Ofcom has today published its latest consumer report which has revealed that TalkTalk and 3UK are the worst offenders when it comes to customer complaints.

Unlike previous years’ reports, the 2011 study included the largest number of providers and other stellar performances came courtesy of BSkyB, Orange and BT.

Although the number of complaints about TalkTalk has fallen when compared with Ofcom data between October 2010 and February 2011 – with complaints for landline and broadband down to 0.8 and 0.58 from 1.78 and 1.27 respectively – it remains the most complained about provider.

Commenting on the data, TalkTalk said the figures were ‘encouraging’ and that it demonstrated an improvement: “We’re simplifying our business for the benefit of our customers and calls to our customer services teams are down 40 percent from this time last year. We’re also connecting new customers much more quickly and efficiently.

“Last year it took an average of 23 days, today a customer will be connected in 14 days – which is the minimum allowed due to the cooling off period,”said a spokesperson.

Among mobile providers, O2 had the fewest complaints with 0.02 per 1,000 customers, against 3UK which generated the most, followed by Orange, T Mobile, Vodafone and Virgin Mobile.