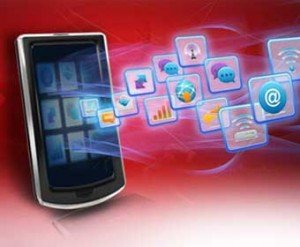 By Dani Millward | 31st October 2011 | Cloud Tech
Covering a range of topics within key technology sectors, including apps, development, marketing and IT, Dani is Online Editor of Cloud Tech. Contact her via Twitter on @Dani_Millward

An Emirates-based telecommunications company will make its debut with mobile applications as it decides to branch out from its voice services.

Etisalat will hold the new online app store, where customers will be able to purchase apps from their accounts, including games and social networks such as Angry Birds and Facebook

This comes after its voice service sales have fallen over six years. According to Al Ramz Securities, 80% of its revenues were from mobile and landline services in 2005. This figure has dropped by 10% last year.

However, demand for data services available on smartphones has increased, with the amount of subscribers doubling to 38,721 last year. Etisalat want to encourage people to download apps from its online store due to this increasing demand.

This opens opportunities for both local and international developers looking to create apps that are suited for United Arab Emirates.

“It’s not just about selling applications,” said Maha Muraish, the director of online channel and portal management at Etisalat. “It is more about getting this developer community to come on board and start to create applications that make sense to the community over here.”

However, local app developers are worried that the online store will be dominated by more international developers. They also fear that the store will not be accessed worldwide, therefore being unable to compete against the likes of Apple’s App Store.

Alexander Rauser, chief executive of Prototype Interactive, said: “It needs to be a good opportunity for [developers] to actually make money out of it, so this means that the total number of downloads and the payout must be attractive for them to start developing applications for this specific store.”