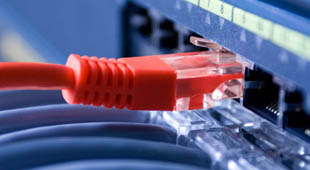 The EU will this week announce plans for an €9.2bn broadband rollout project across the continent as part of a huge infrastructure development project that is expected to create hundreds of thousands of new jobs over the next few years.

The scheme forms part of a €50bn infrastructure finance package for Europe, modernising digital, energy and transport networks across the continent.

It is hoped that the broadband package will stimulate further investment in projects like rural broadband, where traditionally the immediate benefits for investors might be somewhat more difficult to quantify.

Targets set by the Commission previously would see all European households receive broadband at speeds of at least 30Mbs by 2020, and up to half of people around the continent downloading information at over 100Mbs. Previous EU estimates put the cost of this aim at around €270bn

It is believed that these improvements are necessary in order to make the European zone more competitive and productive, but until now, it’s been unclear how the necessary funding for the developments was to be obtained.

Neelie Kroes, EU digital commissioner said that the €7bn allotted to the high-speed broadband drive between 2014 and 2020 would be enough to lower the risk attached to the projects and free up around €50bn in public and private investment.

The detailed plans, which would need to be ratified by the European Parliament and the EU’s Council of Ministers before they could proceed, are expected to be released on Wednesday.

“Europe needs these fast broadband networks to allow its economy to become more competitive in the future, and so create more jobs and prosperity,” EU sources told the BBC.

“This money would stimulate much greater investment of private and other public money. Each euro [invested by the Commission] would give rise to a further six to €15 more.”