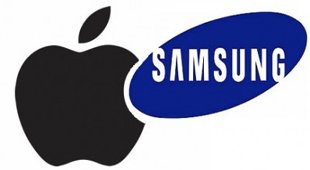 As Apple and Samsung continue to circle each other in the ring over a number of alleged patent infringements, the lawyers in the Californian corner may have landed a couple of jabs that could lead to victory, in this round at least.

As you have no doubt read, Apple is obstructing the release and continued sale of various Samsung products, fighting a bruising 20 cases across 10 countries on the grounds of design patent infringement on a number of features built into its iPhone and iPad devices.

A number of well landed blows in recent days have gone the way of the Californians, with court decisions in Germany, the Netherlands, followed by haymakers in the US and Australia, leaving Samsung wobbly-kneed and praying for the bell.

A Judge in Australia this week placed a temporary block on the sale of the latest Samsung tablet computer in that country. While in the US, a judge ruled that, although the Californian company was struggling to establish the validity of the patents in question, Samsung had definitely infringed.

At one point, it was reported, US District Judge Lucy Koh held up and IPad and Samsung tablet next to each other and asked the Samsung lawyers if they could identify which was which; noting after that the answer was a little too long in coming.

However, while the challenges are designed more to frustrate Samsung rather than derail the Korean tech giant, the relationship between the two companies is actually far more complicated than it would appear. Apple is reliant on Samsung for supply of various hi-tech components, including fundamental processing chips used in a number of iPhone and iPad models.

Samsung’s recent decision to delay the launch of its Nexus Prime handset out of respect to the late Steve Jobs sheds perhaps more light on the convoluted nature of the relationship. Despite face appearances, the two organisations exist in a state of symbiosis which neither could extricate themselves from without a good deal of expense and bother.