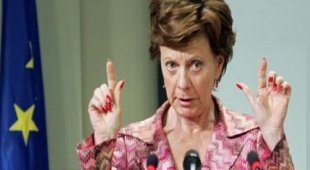 The European Commissioner, Neelie Kroes is pushing for a €9.2 billion fund aimed at supporting the creation of a super European broadband infrastructure.

The funding will be available in the form of equity and guarantees to expand broadband coverage, and will cover the period from 2014 -2020. The so-called ‘Connecting Europe Facility,’ funded by the €9.2 billion, will boost broadband investment and pan-European digital public services, it is hoped.

Speaking about the new plans, Ms Kroes said: “€6.4 billion of this would be earmarked for broadband infrastructure, largely in the form of equity, debt or guarantees.

“The commission and EIB [European Investment Bank] would also provide credibility and improve the project’s credit rating by absorbing part of the risk,” adding that the €6.4 billion could generate up to €100 billion in broadband investment through leverage.

The move comes in response to the slow progress made by many European telcos up til now and Kroes believes the funding could send a big boost to the telco market. “Unfortunately, we see that, for the time being, telecom companies are hesitant to commit significant funds to fiber rollout,” Kroes said.

The money will primarily be allotted to support less attractive broadband projects such as those serving rural areas however, it will be open to groups beyond traditional telecoms operators, including utilities like water or electricity, and public authorities.