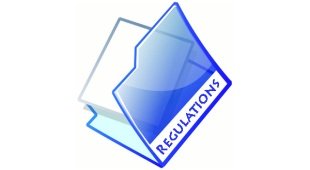 New guidelines set out for internet service providers to ensure they can prove customers can actually surf the web at “maximum speeds” have been issued by the government’s advertising regulator.

A Help Note, published by the Committee of Advertising Practice, the sister-organisation of the Advertising Standards Agency, now states that broadband companies should also include “appropriate, additional information to accompany a maximum speed claim to ensure the average consumer is not mislead. Where relevant, this includes information that bears out that a significant proportion of subscribers receive a speed that falls considerably short of what consumers might reasonably expect the service to offer”.

However, the new guidelines, which come into effect in April 2012, only require the ISPs to prove that 10 percent of customers can achieve the advertised speeds. This caveat has caused a furore with consumer groups which are now accusing the regulator of not coming down hard enough on those that make false claims.

A spokesman for the consumer group, Panel, said: “Consumers are still unable to make an informed choice of which ISP gives them the best internet speeds overall if only 10 percent of a provider’s customers get the maximum advertised speed.”

Chairman of CAP, James Best, said: “This new guidance directly responds to consumer concerns by setting an appropriately high bar for advertisers who want to make speed and ‘unlimited’ claims in ads. Advertising is only effective if consumers trust the messages they see and hear. This guidance will help deliver that.”

The guidance also details other areas including descriptions of broadband and telephony services which should not be described as “unlimited” if users are charged or have their service suspended for exceeding certain thresholds.