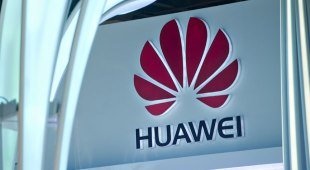 It appears nothing can stop Huawei’s progress; despite an inquiry by the US Congress to investigate any possibility of Chinese government sponsored “espionage” by Huawei and ZTE.

Earlier this year, the US government blocked a bid by Huawei for a national LTE project on security concerns. It is the latest of several setbacks to Huawei’s conquest of the lucrative US market. Sales in the US are small, about $200-300m a year, mostly to regional operators and through OEM handsets. Huawei denies any ties to the Chinese military, or government subsidy, and is confident it will win, “as long as it takes”. So far Huawei employs 1,500 people in the US, most engaged in R&D.

Huawei is the second largest equipment maker after Ericsson. Revenue in 2010 was $28bn, up 28% 2009, and profit up 30%. In fact, Huawei and ZTE are the only two exceptions to make double-digit growth amidst the global recession. What’s more, share of revenue from overseas rose to 65%, and it was done with little help from he US market. How?

There is a good lesson to be learned. Huawei began to plow emerging markets in the late 1990s, where telecom infrastructure was inadequate and demand was depressed by ability to pay. Huawei succeeded because it sold products at 30-40% lower price than incumbents like Alcatel, Ericsson and Nokia, and was even willing to offer vendor financing or guarantees for bank loans.

The low-pricing strategy worked because, as a Chinese company, Huawei has ways to cut cost in labor (base pay and benefit), R&D, resources (cost of production) and marketing/sales. Today, low-pricing is still used by Huawei as a “tie-breaker”, although the company can compete on equal terms in product quality and performance.

Known as an aggressive player, Huawei has a large footprint in the world, especially in emerging markets, from the poorest countries in Africa to rapid growth markets like India and Brazil. In the meantime, Huawei has become a household name among European operators as a major supplier of LTE equipment.

Its key? Competitive pricing backed by strong R&D, aggressive tactics and willingness to work with customers for solutions; an area where few companies can measure up with Huawei.

The other way Huawei has maintained growth has been through expanding its product lines. When sales of legacy equipment dwindled, the popularity of the iPhone and iPad led to a surge in demand for mobile terminals. Huawei responded in April by creating a consumer product division and, six months later, unveiled “Ideos” tablet (consumers) and “MediaPad” (business) besides handsets (feature phones and smartphones). In fact, terminal is the fastest growing business at Huawei and the largest contributor for revenue. Huawei expects terminal sales will rise fourfold to $20bn by 2015.

Another area that turns heat at Huawei is the enterprise market. Huawei used to be a strong player in enterprise, but moved to focus on telcos after forming H3C, a joint venture with 3Com in 2003. In 2006, Huawei sold its remaining stake to 3Com, but two years later offered to buy 3Com.

The bid was rejected by the US Congress for reasons of national security. Now Huawei is retaking the long coveted enterprise market in full force, and estimates revenue will double to $4bn in 2011 and $7bn in 2012.

A key aspect in the enterprise market is the “cloud”. A senior executive at Huawei says the company will seek out “the right targets” to expand into cloud computing for enterprise customers. Just last week, Huawei announced it would buy back its 49% stake at Huawei-Symantec, a JV with network security firm, for $530m, to strengthen its position in security, storage and network management as a part of “cloud” strategy. Another potential area is vertical markets like energy and transportation.

The company CFO says he is confident it will achieve revenue RMB199bn ($30.7bn) for the year, which would represent an increase of 7.5% year-over-year.

Clearly, growth will slow down as base numbers rise. And behind nifty numbers, Huawei is by no means blemish free, flying high on its ambition.

In early 2011, rumors broke out about the rift between Mr. Ren Zhengfei, the company founder and the chairwoman who earned Ren’s trust by raising funds in the early days. Ren was also reportedly facing harsh criticisms from his lieutenants on a decision to hand the company to his son. Even though Huawei managed to ride out the storm, the incident does rekindle questions and concerns about Huawei’s future.

Huawei is run by an Executive Management Team, but how effective this is is anyone’s guess, since Huawei provides little detail and few outsiders have intimate knowledge on how it operates. Due to mounting public pressure and following advice of Western consultants, Huawei began to reveal basic sales numbers a decade ago, but has kept this to a minimum. In general, Huawei gives the impression of running a corporation in covert style, which may be attributed to Mr. Ren’s background as a retired military major.

A stock market IPO could help Huawei become more transparent in its capital, cost, labor management and product development, but Huawei insists it is financially healthy and does not need additional funding. What it does not say, as some suspect, is that public disclosure will put it at a disadvantage, hurting its ability to compete in a ferocious market.

Some, including former employees, point out other ills at Huawei, little known to the outsiders, such as an increasing “cubical” culture as the company grows and operation is spread to small groups; factions stifling innovation and resisting change for fear of losing sales.

As a result, some worry Huawei will become more bureaucratic as it grows, less motivated to develop new products, and overlook self-healing. The good news is most of these concerns are yet to undermine Huawei’s core value and strength.

Lin Sun, Ph.D., has 25 years of experience in China´s telecommunications industry. His career spans switching and transmission technology, wireless, broadband and broadcasting. He was a senior executive for China at various companies and is now a consultant on investment, technology and competition in China.

Dr. Sun has published and spoken extensively on the telecom issues. He received a Ph.D. in telecommunications from the United States.