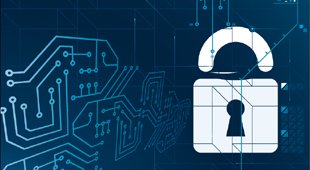 Pressure to improve business productivity and a lack of collaboration with different business divisions is leaving also enterprise IT departments open to increased security risks, according to a new report.

The annual ‘State of Endpoint’ study, carried out by the Poneman Institute for endpoint management and security specialist Lumension, found that the number of companies that felt their IT networks were not more secure than a year ago has increased over the past two years to just under two thirds.

The research indicated that ‘inadequate collaboration and lacking resources for security create a perfect storm for hackers to capitalise on’.

Despite malware attacks continuing to increase in frequency and sophistication, IT departments were not collaborating with security to formulate centralized plans for the enterprise network, it said.

“Probably most surprising this year is the fact that malware attacks continue to increase for the third-consecutive year, yet IT’s concern in this areas is decreasing and they aren’t spending their budgets on basic malware prevention strategies, nor are they collaborating with security to formulate centralized plans for the enterprise network,” said Larry Ponemon, chairman and founder at the Poneman institute.

“Most of their concern this year seems to reside on the new technologies entering the workplace, such as mobile devices, cloud computing and virtualization.”