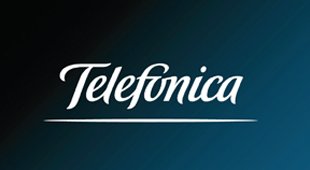 Europe’s largest operator, Telefonica, has posted its first quarterly loss in nine years, amid what it described as a ‘challenging’ market environment.

The group’s profit plummeted by 69% to 2.73bn Euros, with a 5.4% increase in revenue largely wiped out by a one off restructuring charge of 2.7bn Euros.

The firm reported a loss of 429m Euros in the third quarter, compared to a net profit of 5.06bn Euros during the same period in 2010, though last year’s results were bolstered by a one-off gain as a result of Telefonica’s takeover of the Brazilian mobile company Vivo.

The firm, which last reported a loss in 2002, blamed the drop on tough operating conditions, regulatory impacts and the underperforming European economy, but said that its new business structure, announced in September, would soon produce efficiency improvements.

The Spanish operator is reducing its Spanish-based workforce by 6,500, halting major mergers and attempting to address its debt in an attempt to revive investors’ confidence.

However, a strong performance in Latin America, where Telefonica has still yet to fully penetrate a booming market, has helped counter the negative effects of the European slow-down.