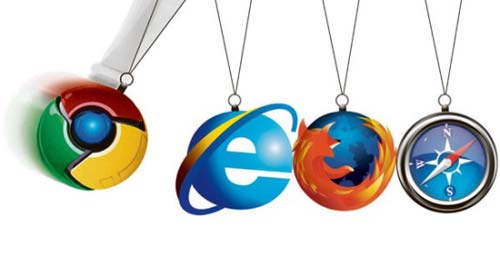 Mozilla Firefox has some work to do to reclaim its place as the second most popular web browser in the world, as Google Chrome has overtaken the browser.

Google’s browser has seen a 5% during the last 2 years, now holding 25.69% of the market, whilst Firefox has 25.23%. Both browsers are trailing behind Internet Explorer, which still has over 40% of the market.

The research, conducted by website analytics company StatCounter, looked at browser usage rather than downloads, which Chrome is also highly active in.

Aodhan Cullen, CEO of StatCounter, said: “We can look forward to a fascinating battle between Microsoft and Google as the pace of growth of Chrome suggests that it will become a real rival to Internet Explorer globally.”

In July this year, UK-based users are reaching out to Google Chrome, with 24.82% of the market. The figure is just 4% more than its Firefox rival. However, the research found that US users prefer Firefox to Chrome, with only 3% difference.