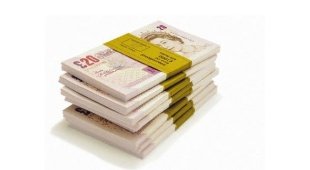 TalkTalk and Tiscali have been ordered by OfCom to pay a £3 million fine after they were found to have been wrongly billing customers for services they never received.

The two telcos failed to clean up their billing systems despite being warned by OfCom in November 2010 and given until 2 December to sort them out.The communications watchdog said this morning that they now have 30 days to pay up. In addition, TalkTalk and Tiscali UK have received a lower penalty than they might otherwise have been given, had they not taken steps towards complying with the rules, and taken action to remedy the harm they caused to consumers.

Ofcom found 62,000 cases between 1 January and 1 November 2010 and while the telcos took steps to comply with the rules, it noted, they wrongly billed nearly 3,000 customers between 2 December last year and 4 March 2011, hence the financial penalty. In total, £2.5m in refunds and goodwill payments were paid out to customers.

In its report, Ofcom said it hoped the harsh fine would “act as a deterrent” to TalkTalk and Tiscali as well as other telecom outfits in the UK.

The fine is a further blow for a blighted TalkTalk which came bottom of the list for customer satisfaction in a report by OfCom earlier this year.