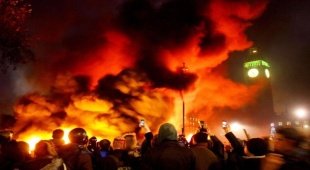 Blackberry has become embroilled in the national riots following reports that rioters used the mobile company’s messenger system to coordinate the violet attacks witnessed across Britain this week.

Widespread attacks across Britain’s cities including London, Birmingham, Bristol and Manchester has forced a spotlight onto Blackberry’s messenger system which has been a popular means of the gangs coordinating the attacks. However Blackberry, which is owned by Research in Motion, has been quick to offer full cooperation with the police as the rioting subsided and those culpable are sought to face up to their crimes.

According to research conducted by social media monitoring company Brandwatch, the company has been the subject of negative comments across social media sites such as Twitter and Facebook. In fact, the data suggests that the number of mentions of Blackberry on Twitter has increased from 1500 a day to over 8000 during the violence.

Other social networkng sites have also come under fire for aiding rioters’ communication during the disturbances.”Twitter and Facebook have also acted as an accelerant in many cases, with users copying and pasting statuses from BBM to the more public social networks. Although BBM is a closed network, nearly everything on Twitter can be tracked and much of Facebook can be too, but this depends on user-privacy settings,” said Giles Palmer, chief executive, Brandwatch.

“Their reputation has been heightened with the trouble since they were used to spread the word used in the #riotcleanup campaign in recent days,” he added.