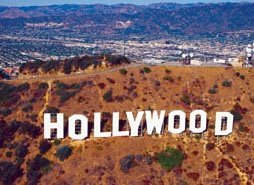 Orange is set to boost its media credentials with a free film download accessible to customers via their Apple iPhones, thanks to a new partnership.

Orange: Film to Go, set to launch on 11 August is the latest initiative by the mobile giant and follows on from the hugely popular Orange Wednesdays two-for-one cinema tickets offer.

The new scheme will be supported by a multi-platform advertising campaign which illustrates films being watched ‘on the move’ via various devices including laptops and mobiles.In order to access the free service, customers will simply need to text the network provider, visit a dedicated Facebook page, www.facebook.com/orangefilmclub, or use a mobile app where they are to be issued a unique code that can be entered at www.orange.co.uk. Each week there will be different films on offer, the first movies being ‘The Wrestler,”The Ghost’ and ‘Che: Part One’.

“We know Orange customers love film, so adding the Orange Film To Go service to our existing portfolio of film offers is hugely exciting for us,” said Spencer McHugh, Brand Director at Orange UK.

“We’ve got some fantastic titles lined up for the launch and even more yet to be announced, so we’re hoping to see a significant number of our customers taking up this offer,” he added.